IGDB.com Game Information is a twitch extension which uses the Twitch and IGDB API's to collect information about the game you are streaming on Twitch and present this information to the viewer.

This includes information such as the Title and Box art, whom developed the game, a short summary

This includes store informatio such as Steam, GOG And EPIC Games Store. But not links due to Twitch Policy!

All data is collected from IGDB.com's API and Crowd sourced.

This extension is not an official product of IGDB.com and created by the 3rd party Barry Carlyon 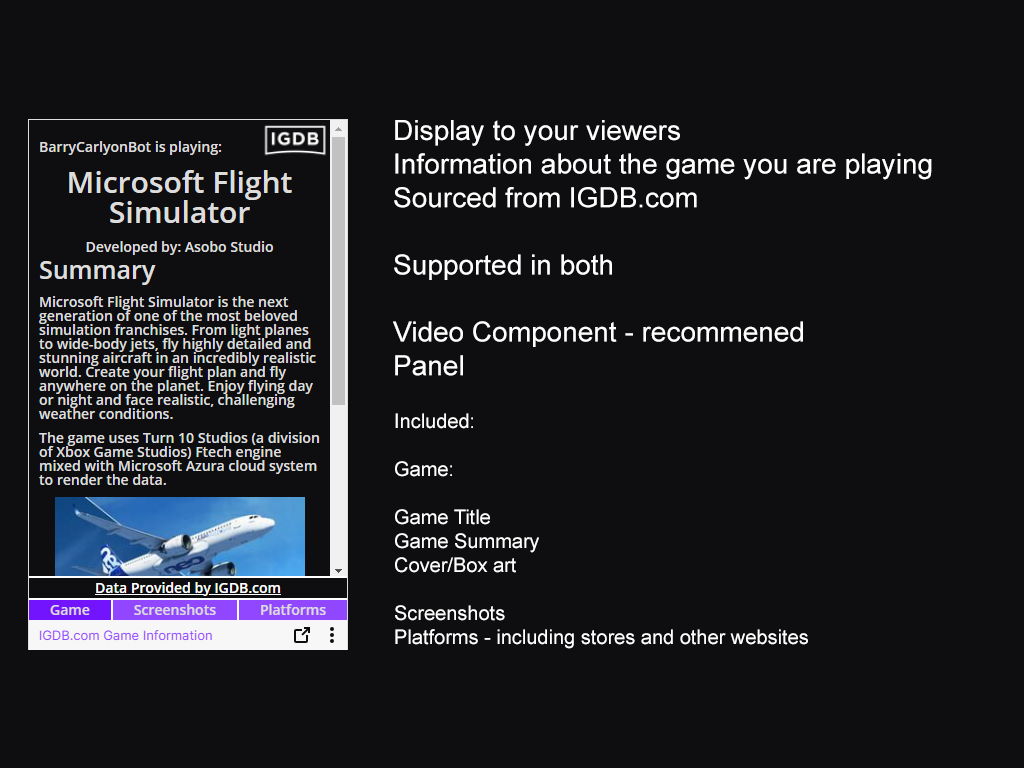 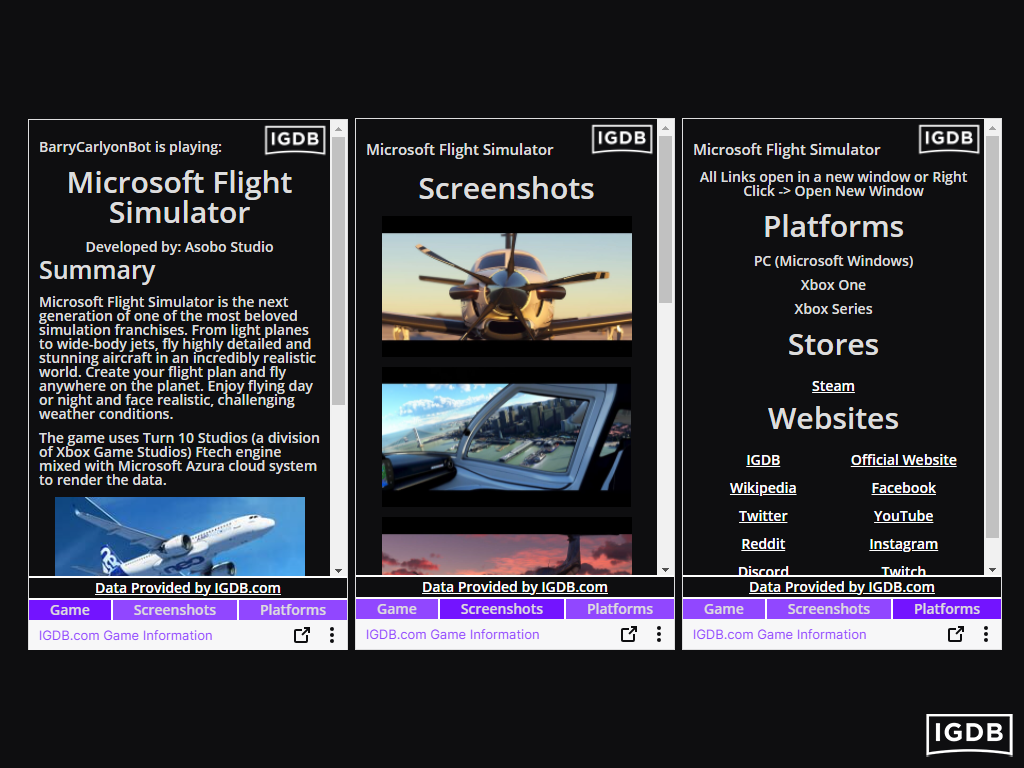 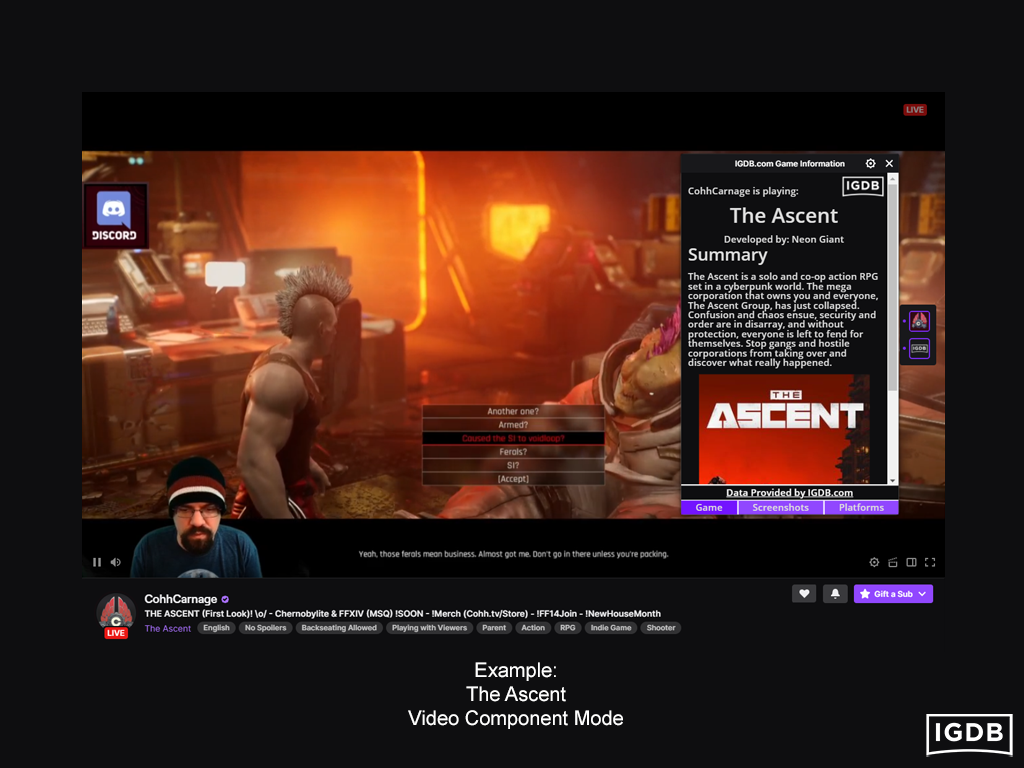 The Extension in Action